Wesley Stace at World Cafe Live...and we were there!

- October 04, 2013
Wesley Stace is a marvel.  His songs are pure catnip for a listener who cares about lyrics--smart, bitingly funny, deeply moving.  The music itself? lush, evocative, at times downright gorgeous.  For 25 years, Wes recorded songs under the name John Wesley Harding, but these days he's decided to just be himself.  His new album, Self-Titled, was just released--the first ever under his given name.  Here's a newly released official video:


It's a great album, thematically unified, strong from start to finish.

And then there's Wes's other career: writer.  His fourth novel is due out soon.  Does the guy ever sleep?

Anyway, we saw his show last night at Philadelphia's World Cafe Live, and the thing is, he's a total showman too.  And a nice guy to boot, which we know because he hangs out at the merch table afterwards, saying hi to his fans. 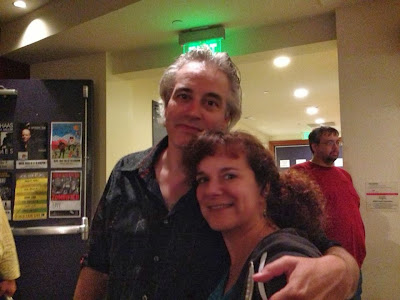