"To Own an Eland!": Antiques and Poetry in Columbia, Pennsylvania 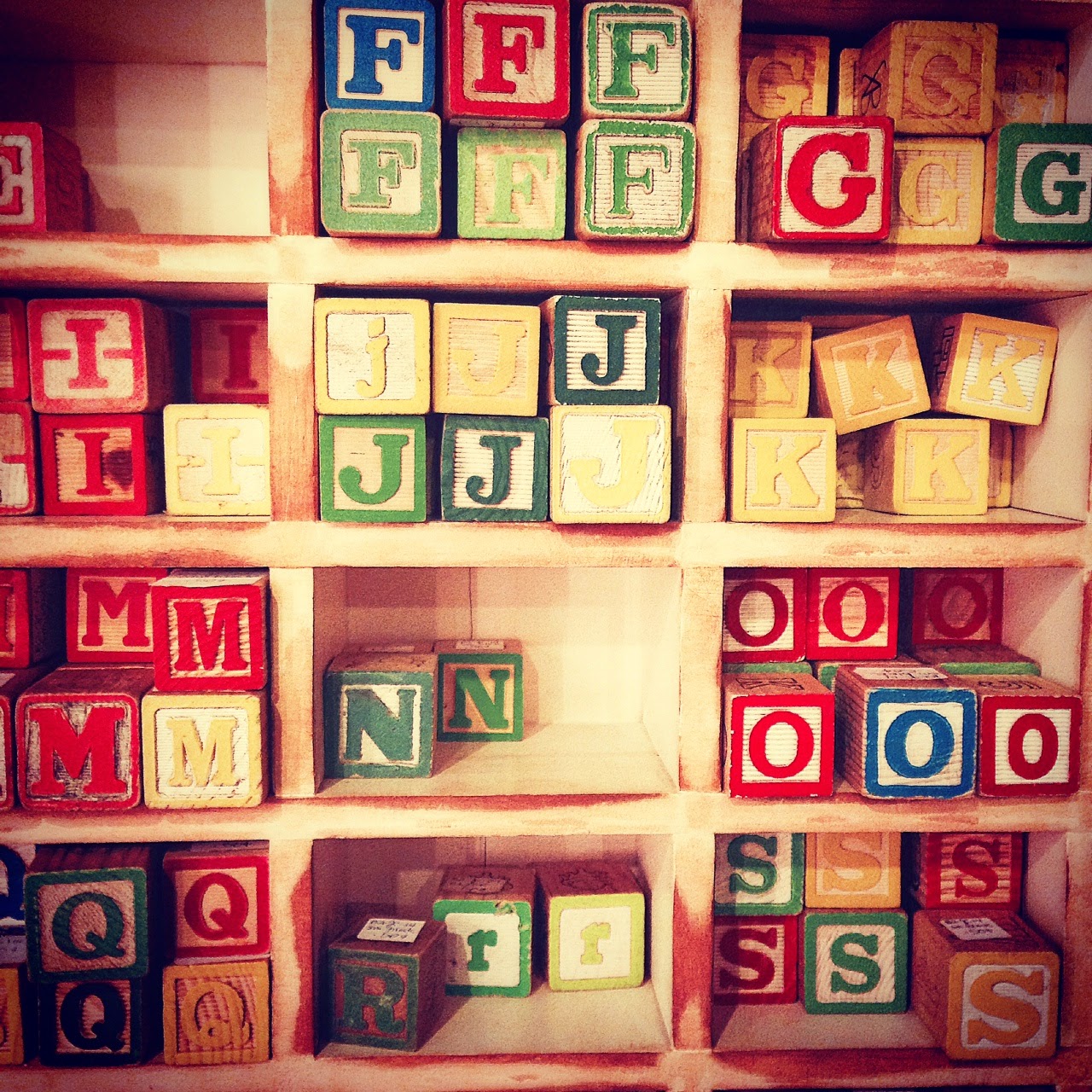 At Burning Bridge Antiques in Columbia, Pennsylvania, Andre and I ran smack dab into this larger-than life fellow: 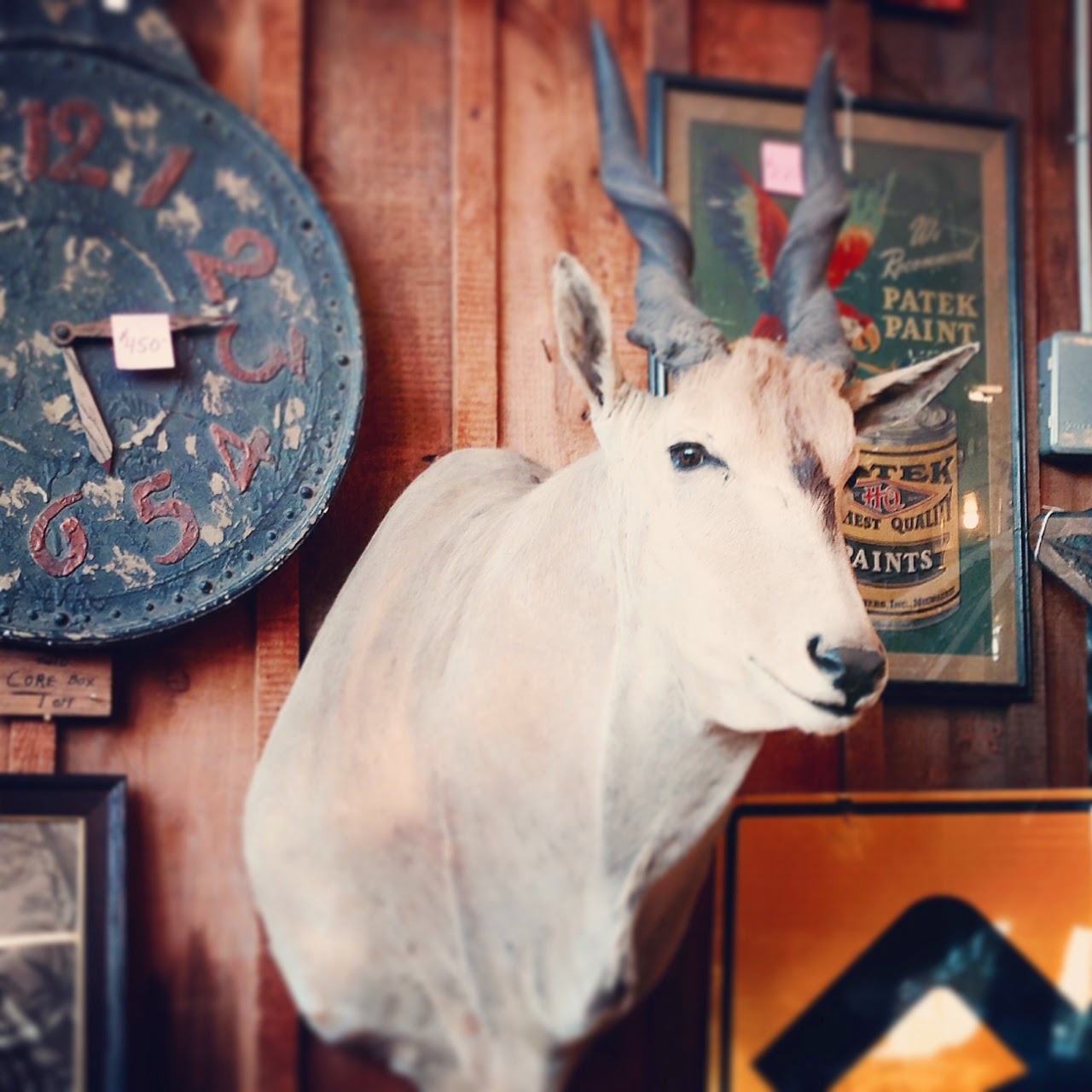 When I read his tag and realized he was an eland--the world's largest and slowest antelope--my heart skipped a beat.  I've long been fascinated by Randall Jarrell's "Seele Im Raum,"--German for "soul in space"--a moving and mysterious poem in which an eland stands for how what we imagine can feel far truer than any literal truth.

For those who haven't had the pleasure, here it is:

It sat between my husband and my children.
A place was set for it—a plate of greens.
It had been there: I had seen it
But not somehow—but this was like a dream—
Not seen it so that I knew I saw it.
It was as if I could not know I saw it
Because I had never once in all my life
Not seen it. It was an eland.
An eland! That is why the children
Would ask my husband, for a joke, at Christmas:
“Father, is it Donner?” He would say, “No, Blitzen.”
It had been there always. Now we put silver
At its place at meals, fed it the same food
We ourselves ate, and said nothing. Many times
When it breathed heavily (when it had tried
A long useless time to speak) and reached to me
So that I touched it—of a different size
And order of being, like the live hard side
Of a horse’s neck when you pat the horse—
And looked with its great melting tearless eyes
Fringed with a few coarse wire-like lashes
Into my eyes, and whispered to me
So that my eyes turned backward in their sockets
And they said nothing—
many times
I have known, when they said nothing,
That it did not exist. If they had heard
They could not have been silent. And yet they heard;
Heard many times what I have spoken
When it could no longer speak, but only breathe—
When I could no longer speak, but only breathe.

And, after some years, the others came
And took it from me—it was ill, they told me—
And cured it, they wrote me: my whole city
Sent me cards lilac-branches, mourning
As I had mourned—
and I was standing
By a grave in flowers, by dyed rolls of turf,
And a canvas marquee the last brown of earth.

It is over.
It is over so long that I begin to think
That it did not exist, that I have never—
And my son says, one morning, from the paper:
“An eland. Look, an eland!”
—It was so.

Today, in a German dictionary, I saw elend
And the heart in my breast turned over, it was—

It was a word one translates wretched.

It is as if someone remembered saying:
“This is an antimacassar that I grew from seed,”
And this were true.
And, truly,
One could not wish for anything more strange—
For anything more. And yet it wasn’t interesting...
—It was worse than impossible, it was a joke.

And yet when it was, I was—
Even to think that I once thought
That I could see it to feel the sweat
Like needles at my hair-roots, I am blind

—It was not even a joke, not even a joke.
Yet how can I believe it? Or believe that I
Owned it, a husband, children? Is my voice the voice
Of that skin of being—of what owns, is owned
In honor or dishonor, that is borne and bears—
Or of that raw thing, the being inside it
That has neither a wife, a husband, nor a child
But goes at last as naked from this world
As it was born into it—

And the eland comes and grazes on its grave.

This is senseless?
Shall I make sense or shall I tell the truth?
Choose either—I cannot do both.

I tell myself that. And yet it is not so,
And what I say afterwards will not be so:
To be at all is to be wrong.
Being is being old
And saying, almost comfortably, across a table
From—
from what I don’t know—
in a voice
Rich with a kind of longing satisfaction:
“To own an eland! That’s what I call life!”