Burning the Bowery: A Night at John Varvatos with Jesse Malin

- July 17, 2014
One of my major life regrets: I never saw a show at CBGB--though I lived very near New York City in the 1980s.  My excuses are boring and involve being a broker-than-broke grad student in Yonkers where the buses stopped running at 11 p.m.  CBGB closed its doors in 2006, and despite how large it looms in my imagination, I was pretty sure I'd forever missed my chance.

A few years ago I even popped into the high-end John Varvatos boutique which stands on the hallowed ground CBGB used to occupy.  I got kicked out for taking cell-phone pictures of its punk-rock posters and the stage now used to display men's shoes. 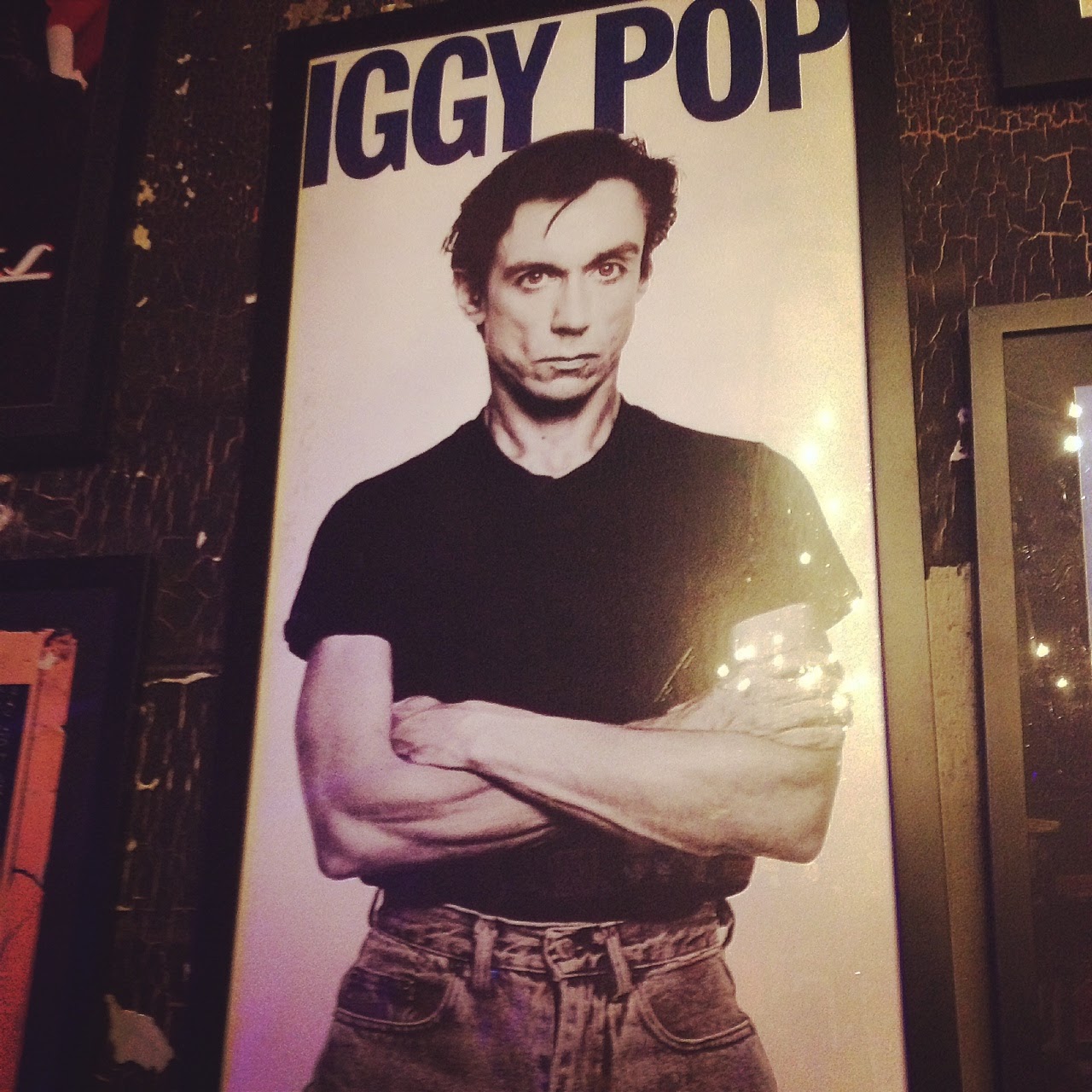 Last Thursday night, though, I was miraculously granted a do-over when Jesse Malin threw a concert at John Varvatos.  The doors opened and I hurried deep into the grungier-than-thou darkness, straight to the stage--or as close to it as I could get.

Once I'd staked out my place, I got into the very long bathroom line.  When I finally reached the front, the nice bouncer man beckoned me into a narrow space beside the stage.  Imagine my shock when I literally--and I do mean literally--bumped into E Street Band stalwart Little Steven Van Zandt!

Turns out Little Steven was on hand to introduce Jesse.  He told us the show was being recorded for satellite radio and exhorted us to make a lot of noise. 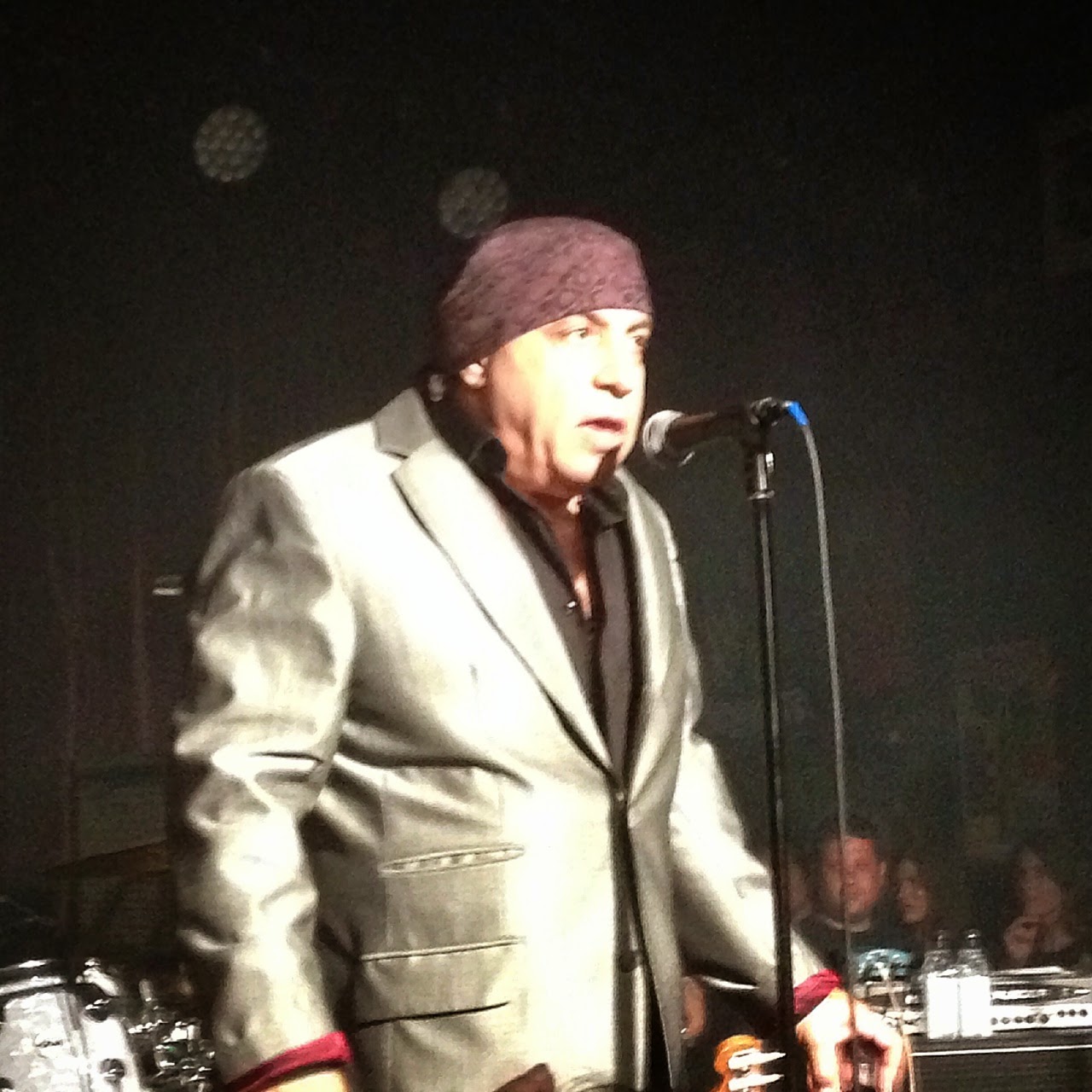 Which we proceeded to do. 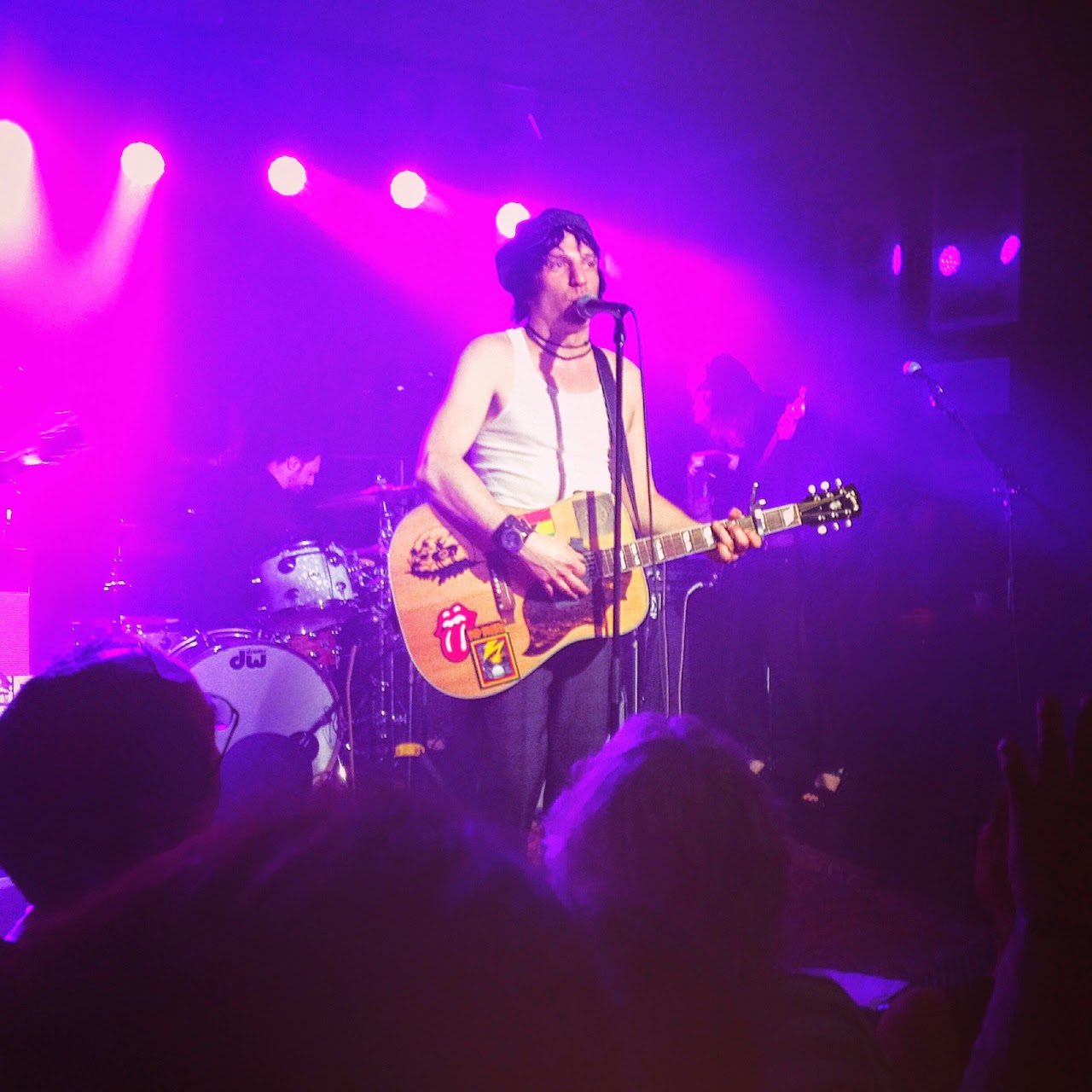 Jesse's shows are always high-energy, but his NYC shows are easily his most intense.  He's been called a king of the Bowery, and at the very least he's a local hero.  The New York audience adores him, and he clearly feeds on that adulation.

So any NYC Jesse Malin show is special, but the Varvatos show was even more so. For the first time, Jesse played most of the material from his soon-to-be-released album, though he did throw in a couple of old favorites and covers for good measure.

The ghosts that haunt the former CBGB must have been smiling to themselves and pumping their fists. 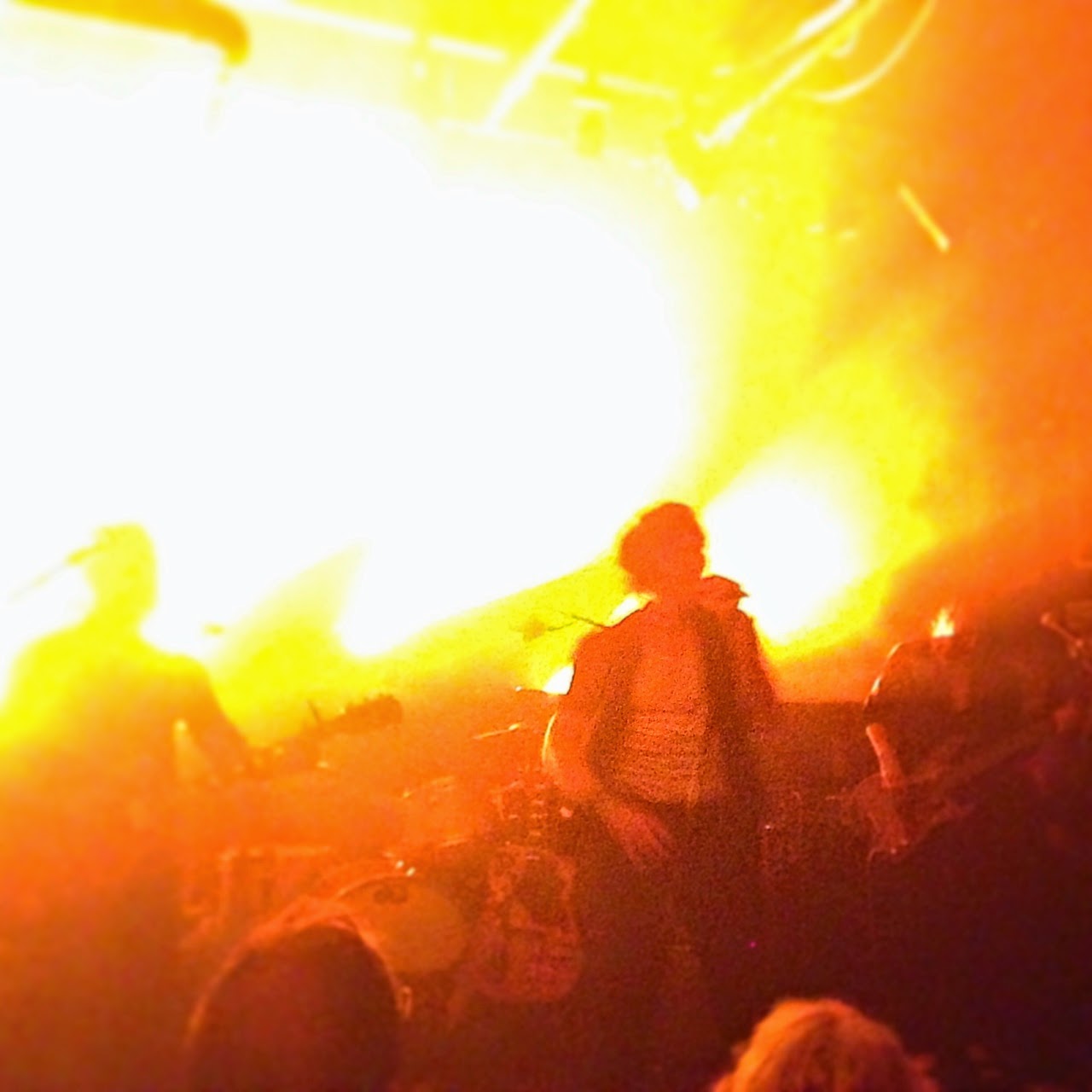 Oh, and another great thing about the show: I got to enjoy it with an old friend, poet and punk rocker Gerry LaFemina. 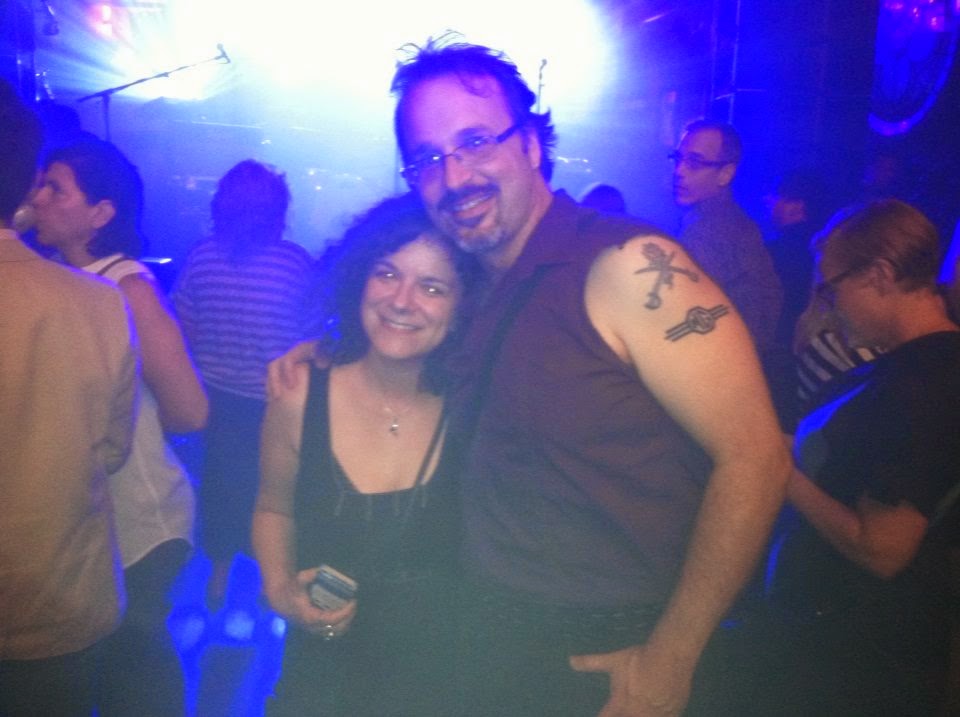 Here's one of Gerry's poems about the '80s punk scene, the title poem from his new collection, Little Heretic.

One By One We Vanished

Another Absolut & cranberry juice. Another
broken evening, here near the landmarks of my adolescence:
Cherry Tavern, CBGB, Pyramid Club—They’ve all
disappeared into the collective memory of aging punks.
Exploited, Bad Brains, Minor Threat. Seems like

forever ago. Seems like forty-eight hours. Whatever
god I worshiped then (that girl in tight leather &
high heels, the cat who listened to my complaints),
I believed could save me from the brokerage firms &
Jesuits that seemed like the permanent forecast.

Kraut, the Circle Jerks, D.O.A. I
listened to drum barrage, screech & feedback thinking—
maybe—the holy spirit would fill me with distortion.
Nights like that—like this—lingered without end.
One by one we vanished into our

particular futures. Thus it seems so
quixotic to be back. Yet familiar, too. The bartender
returns with a fresh drink. He looks like
someone I knew those days; I recognize his laughter &
that tattoo on his arm of a mohawked teddy bear.

Understand, I stepped onto St. Marks earlier &
virtually every storefront had transformed although
westward still lay Broadway, Sixth Ave, the Hudson.
X, the Clash, Stiff Little Fingers. I listened to them,
yes, the songs like hymns I still remember: little

zealot that I once was. Little heretic.