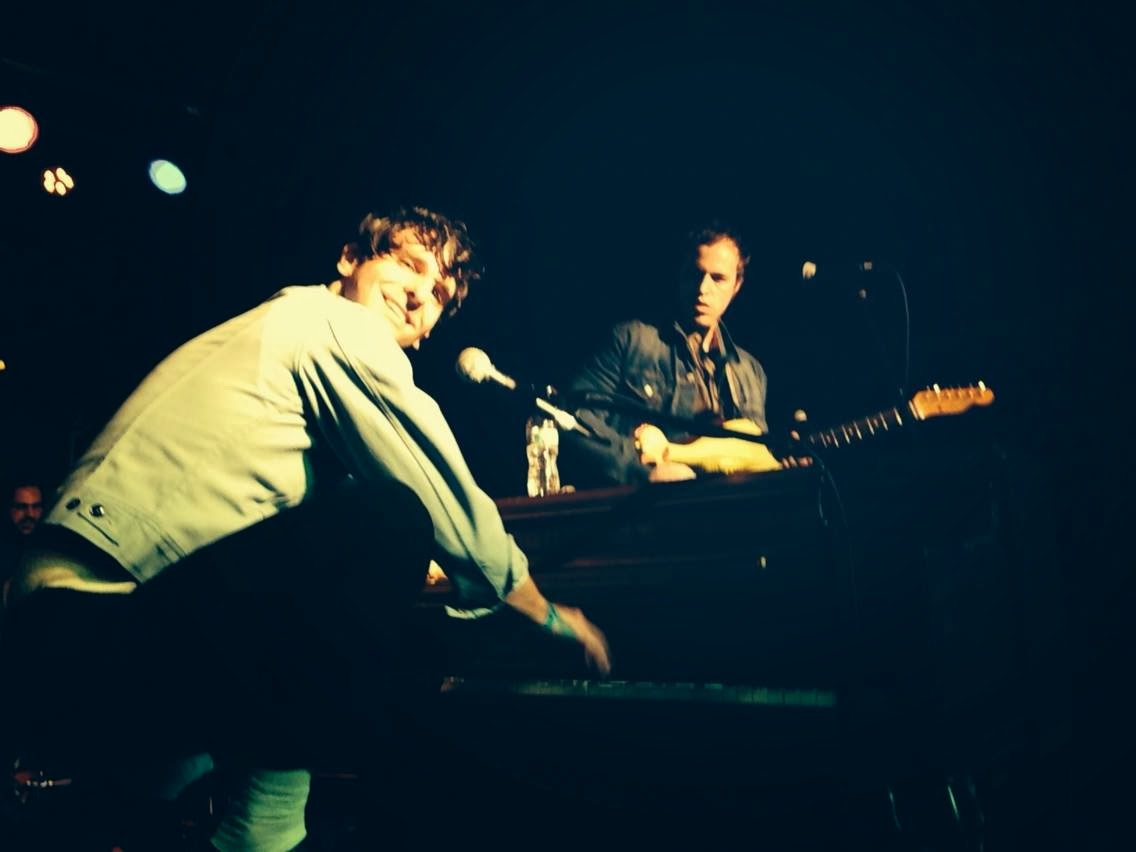 Before spring semester really started rolling, and before things got incredibly blizzardy and I stopped being good about posting here, there was a brief shining weekend in January.  A weekend when we saw our beloved Del-Lords twice.  And a Friday night when we fell head over heels for a band we'd hadn't heard of before: Low Cut Connie. 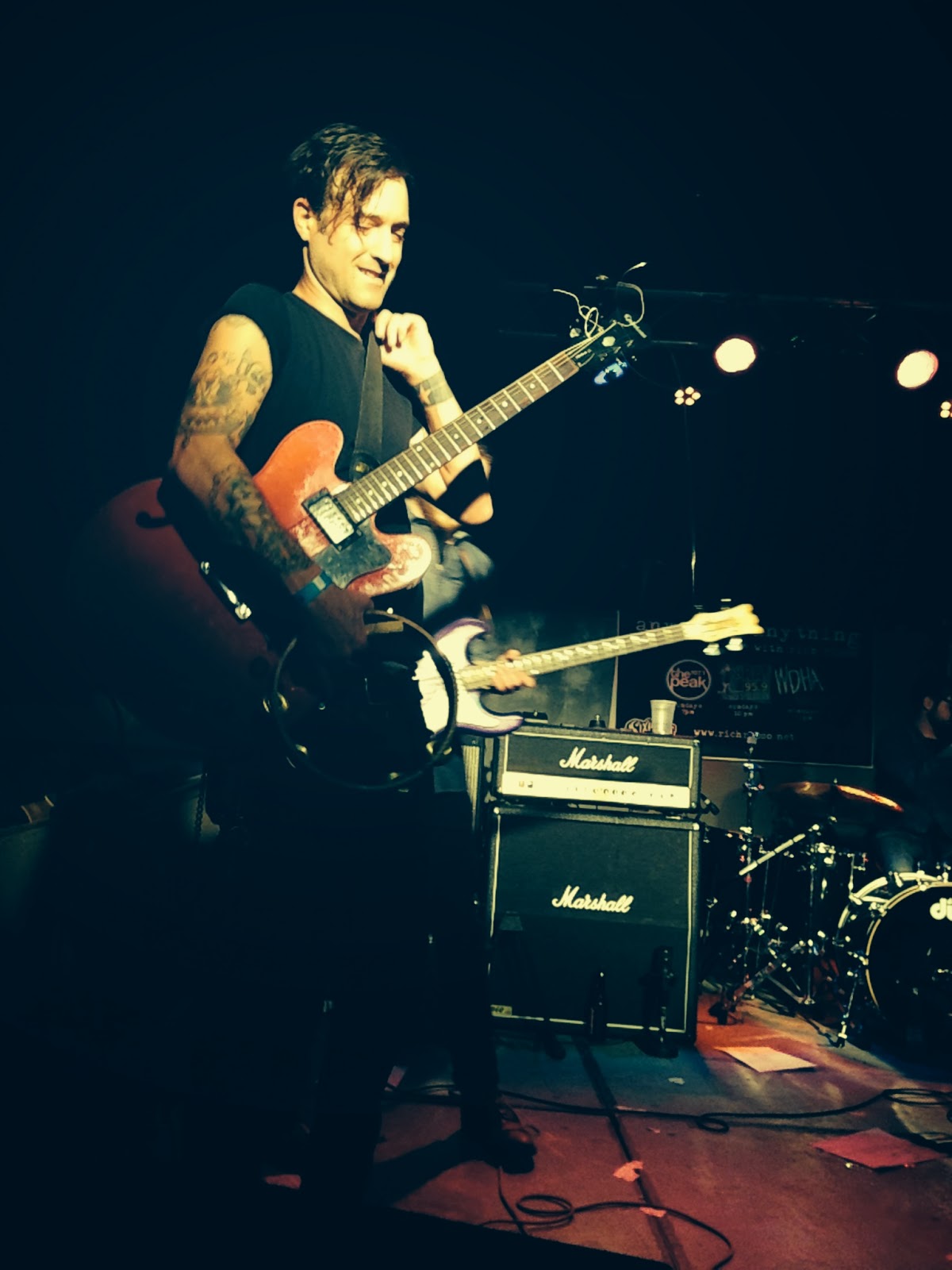 The event was d.j. Rich Russo's Anything Anything concert at Asbury Lanes.  The show was part of the annual Light of Day festivities benefitting Parkinson's Disease Research.  Most years Andre and I make it to the big Saturday night extravaganza--the one famous for "surprise" appearances by one Bruce Springsteen.  This year we didn't have tickets to that show.  And we should have minded.  But we didn't...not really.

Why?  Because: Del-Lords.  (Or half of the Del-Lords anyway.  Scott Kempner and Eric Ambel put on another amazing acoustic show.) 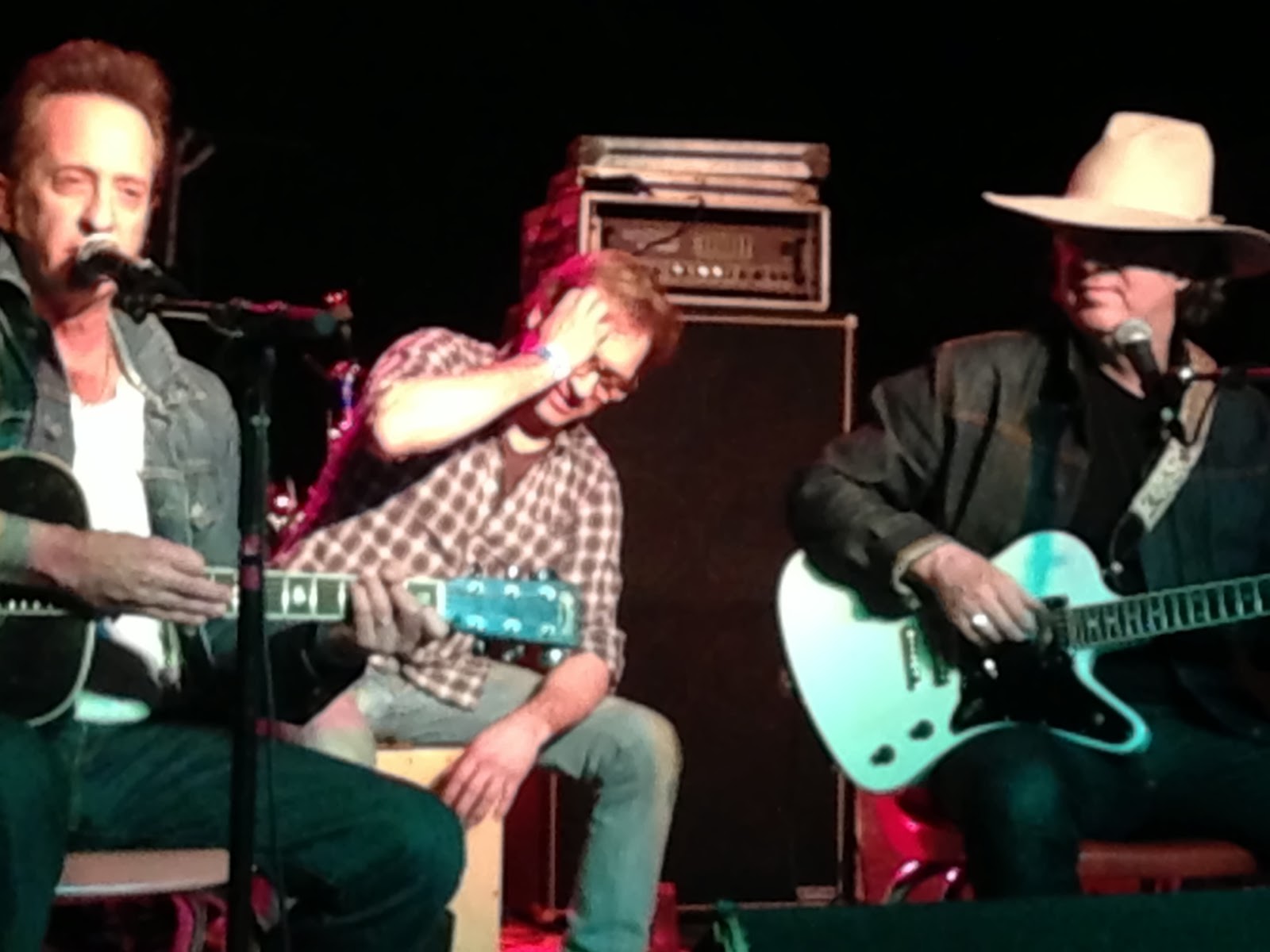 And then there was Low Cut Connie whom we'll definitely be seeing in concert again, because they are one of a kind: vibrant, quirky, electrifying, and fun.  The band has two lead singers--charismatic Adam Weiner with his kung-fu moves and Jerry Lee Lewis-style piano chops: 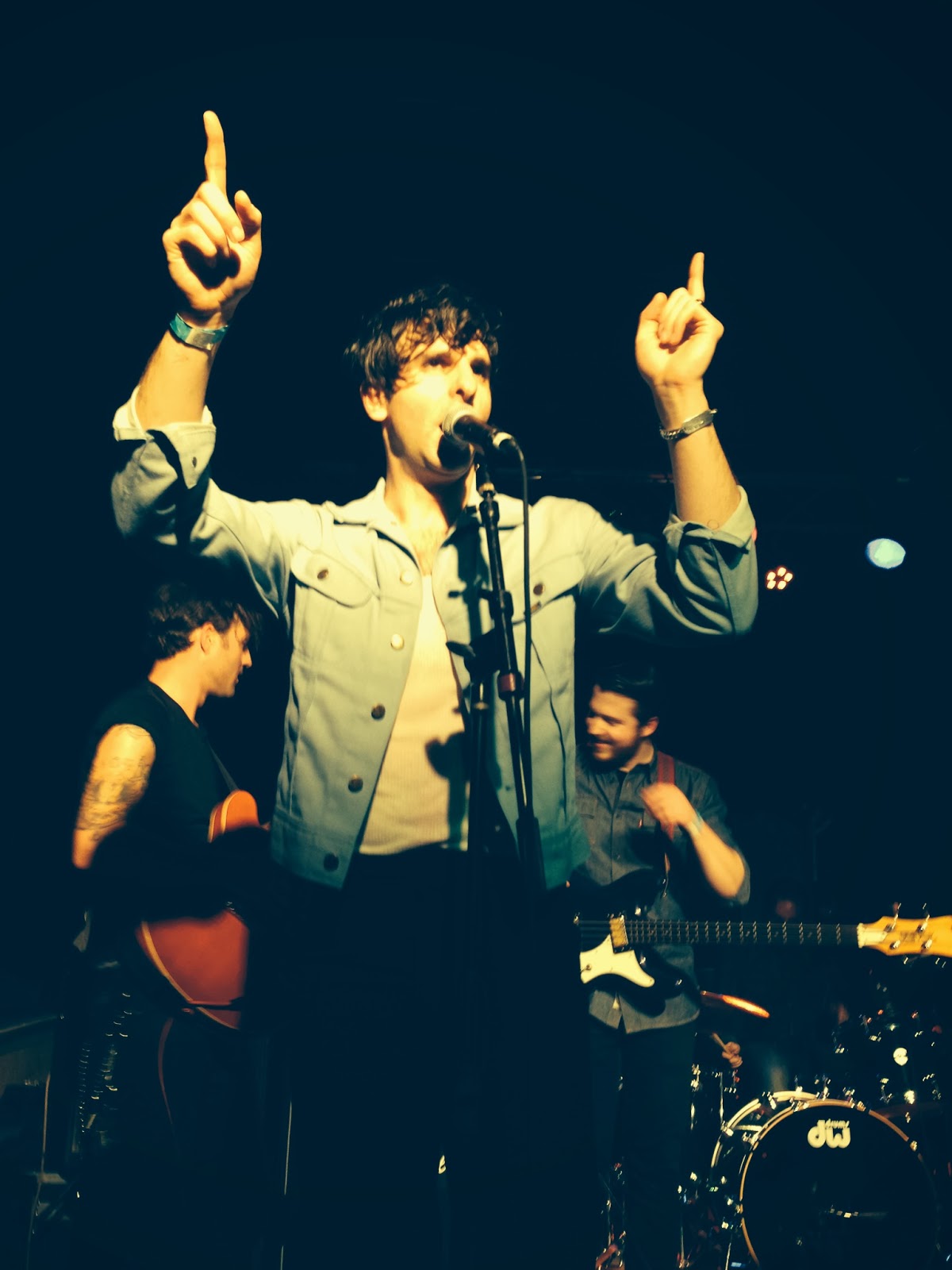 and the more subdued, but equally talented Dan Finnemore: 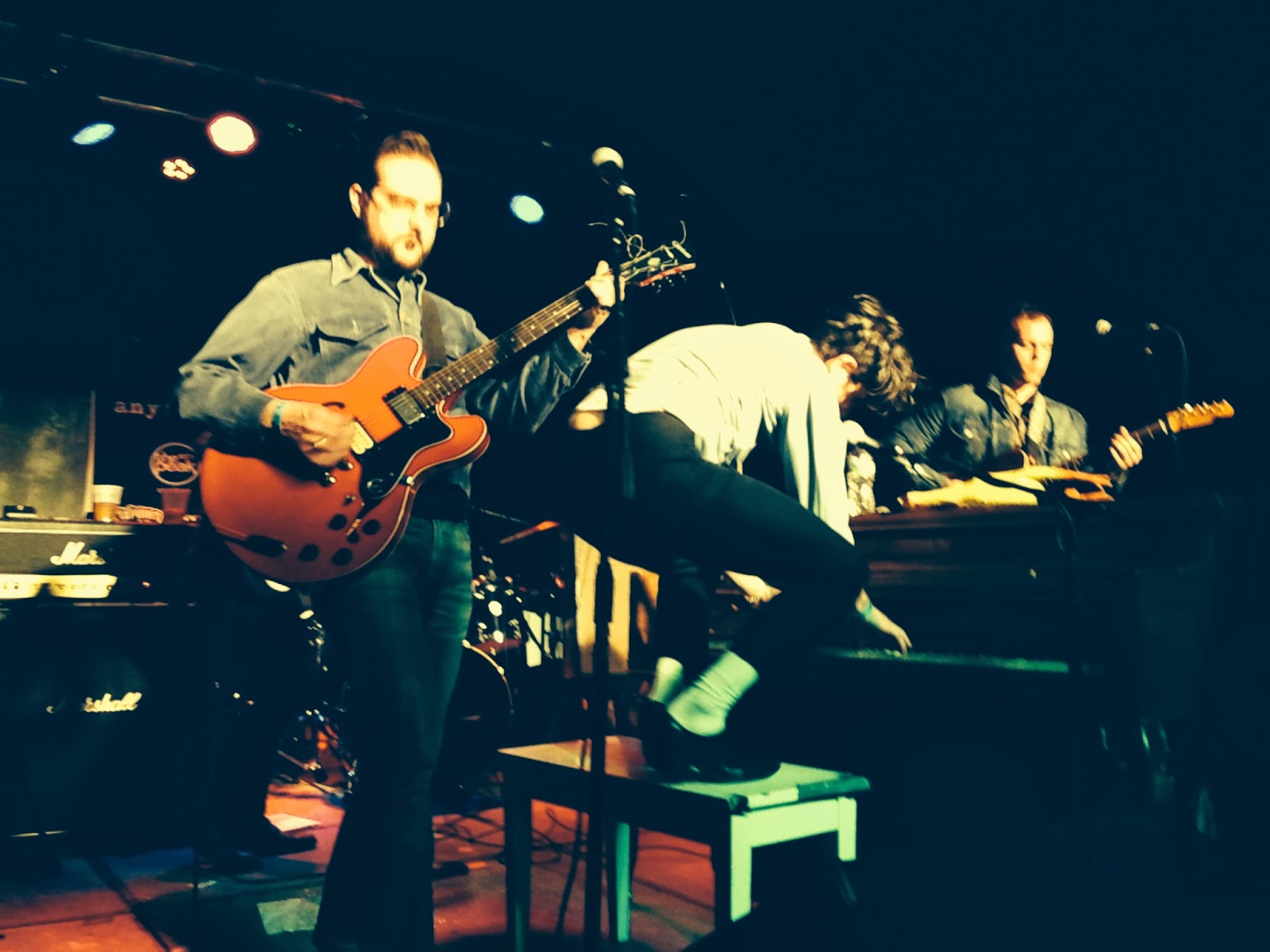 Here's a little taste of what Low Cut Connie are like.  In person, they're the kind of act that grabs you by both ears and won't let you look away for even a second.