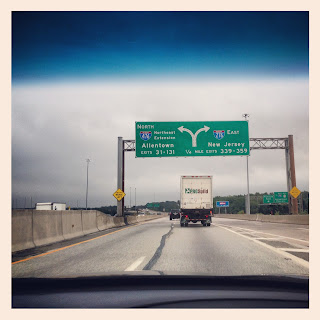 So yesterday was our 26th wedding anniversary.  These days my husband works some seriously long hours visiting customers in northern New Jersey.  Asbury Park—rock and roll mecca, home of the legendary Stone Pony nightclub, and spiritual home to all rabid fans of Bruce Springsteen—happens to be right smack dab in the middle of his territory.  So early yesterday morning I hitched a ride with him and spent the day in Asbury writing in a coffee shop, waiting for his workday to be done. 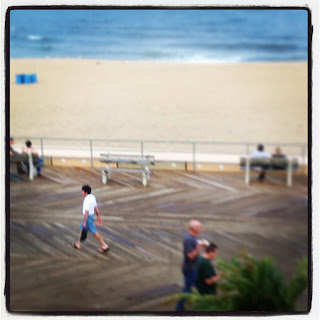 Andre and I have spent a lot of very happy hours at the Pony seeing some of our favorite musicians—Jesse Malin, Willie Nile, Butch Walker, among many others.  Last night, They Might Be Giants was on the bill.   We’ve long loved TMBG for their wild creativity, their sharp intelligence, and their sense of fun.  The Johns (Linnell and Flansburgh) put on a fun, high-energy show, too.  Unlike some acts I could name, they're not too cool, artsy, or high-minded to throw themselves into entertaining the crowd. 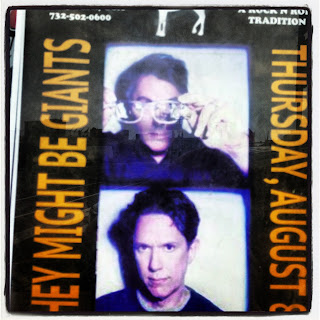 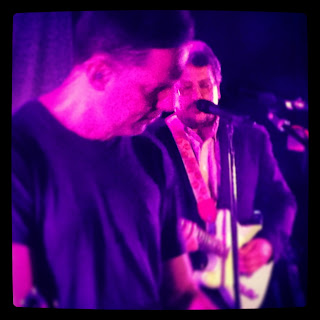 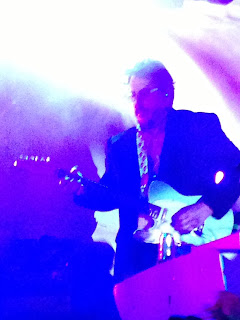 Last night's big surprise (for me at least) occurred when the Johns brought their Triceratops Horns on stage and one of them was a dead ringer for Curt Ramm, who has been touring the world with Bruce Springsteen for his last few tours.  When this dude took a solo, he even sounded like Curt Ramm. 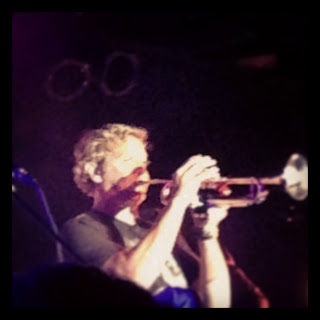 Okay, so it was in fact Curt Ramm.

There's a pretty big musical gap between Springsteen and TMBG. Among my Springsteen-loving friends, there are some who turn up their noses at TMBG.  And I imagine a lot of TMBG followers would never be caught dead at a Springsteen show.  But last night Curt Ramm looked like he was having the time of his life, bridging the gap between sincerely romantic Asbury Park rock and roll and ironic, Brooklyn-hipster style indie rock.