Anything is an Occasion: An Interview with Photographer Howard Dinin, part one


Howard Dinin wears many hats—photographer, college professor, creative director of ad agencies, editor of magazines, gourmet cook, and husband to my dear friend, the writer Melissa Goldthwaite.  Though I’ve been admiring Howard’s photography for a while now, I grew particularly intrigued when I learned that he had recently published a book of his photographs, called Sitting. 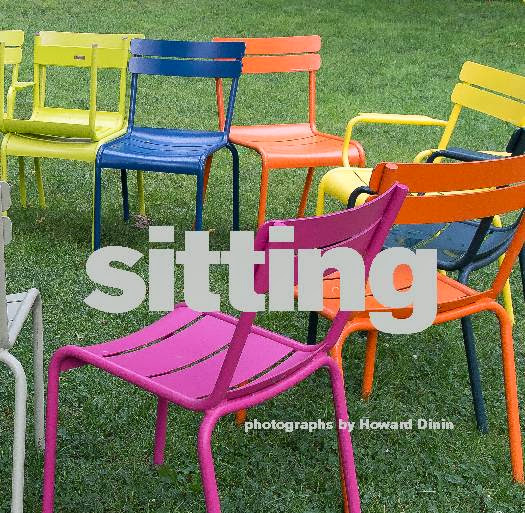 So I invited Howard to sit down for an interview, and he graciously complied.
***

AL: How did you come up with the idea for Sitting?

HD:  The book actually is serving a very practical ulterior purpose.  It has nothing to do with wanting to produce a book of art, though I suppose that’s always an intention.  It actually has to do with my strategy for marketing my magazine, which I’ve been working on for fifteen years.  I’m thinking very seriously of doing a crowd source effort for the magazine, which is called Bertha. 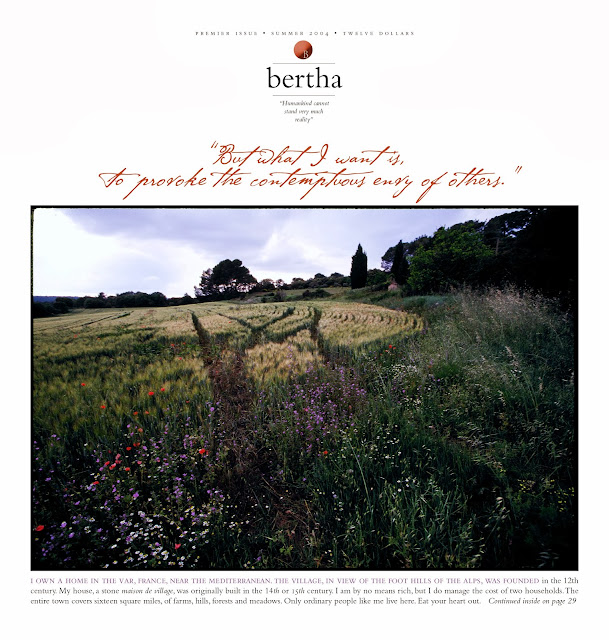 AL: Please tell me a bit about Bertha.

I lived in zip code 02138, which is the Harvard Square zip code.  The Boston Globe fifteen years ago did a full-page piece in the style section, the headline of which was to the effect of, “Is 02138 the World’s Most Opinionated Zip Code?”  The piece was trivial, but it gave me a fabulous idea.  I realized that Harvard Square is a place like Paris, where if you wait long enough everybody worth talking to or hearing from probably passes through for one reason or another.  And what if there were a magazine called 02138 that would be very opinionated on anything and everything?

That was the premise.  I never developed it.  My late wife got sick with cancer and I had to take care of her.  Also some kids from Harvard decided that the school needed an alumni magazine that they decided to call 01238, and they alleged to have done due diligence but they didn’t try very hard to get a hold of me.  And I didn’t want to  fight them.   I spoke to my intellectual property attorneys and they said you have a case but so do they, it would go to federal court, it would drag out for four years, and it would cost you $100,000 even if you win.   So I said the name is not important.  And I already had a business I called Bertha, which is my mother’s first name.

The reason I named my business Bertha Communications was because, let’s say, I had a reputation for having a personality with a bit of an edge in business.  I thought how can I soften my image?  So I called the company Bertha and I created a logo  from a picture taken of my mother in her twenties in a park in NY in the 1920s.  I only had to think about a new name for the magazine for about ten minutes.  With that the editorial mission changed.

All of what I’m talking about occurred ten years ago.  And in the interim, the world has moved on.  Life is dynamic and the digital world is even more dynamic, and I had to reconceive the magazine several times.   And now I’m ready to commit myself to producing it.  So I’ve started thinking about getting money to finance the magazine, and I thought about Kickstarter.

Now, Kickstarter campaigns will offer premiums, and I thought, what can I give people who give me a decent amount of money?  I thought, I’ll do a nice book.  The book is, in some respects a much more casual effort than it may otherwise look to be.  The virtue that I have is in owning a  huge portfolio of images because I’ve been taking them for a long time, and I could almost pick any subject. 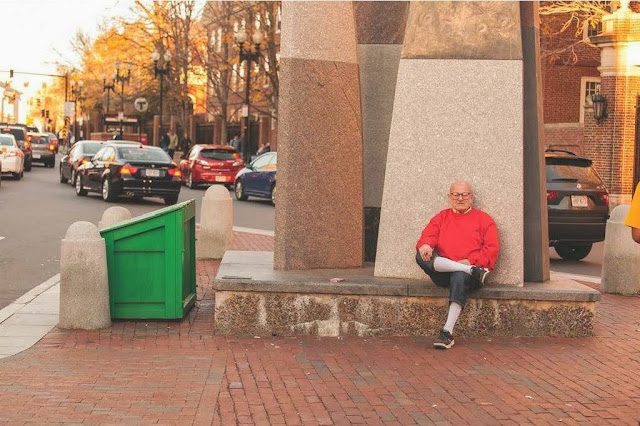 AL: I was wondering about the book’s subject.  Why sitting?

HD:  Well, I realized that one of the latest pictures I had taken was during a visit to Cambridge this past summer because an ex colleague died.  I went down to his funeral and I walked through Harvard Yard.  Harvard Yard is full of these wonderfully variously colored chairs.  The grounds keeping crew collects them into groups, and they set up circles and squares and I happened to walk by and I saw an artful, accidental picture of chairs.  I had that picture in my head, and I thought, that would make a great cover, and then, well, if that’s going to be the cover, what would be on the inside? 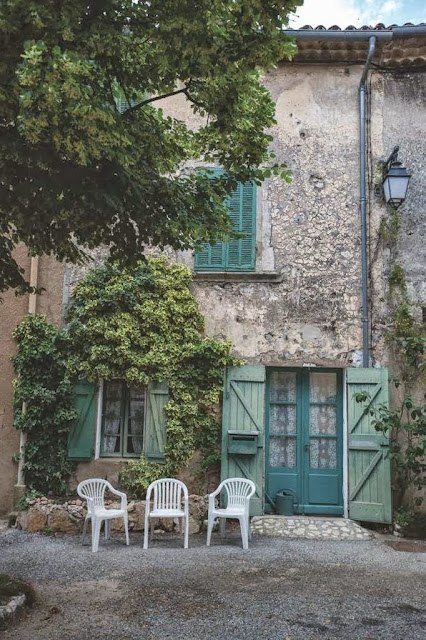 I don’t think of taking pictures as therapeutic in any way, but it becomes a self-analytical process in the fullness of time.  It’s not like automatic writing, by any means, however there’s a quality to it whereby I don’t think about what I’m shooting necessarily.  I don’t have themes in mind.  I haven’t decided, I’m just going to take pictures of famous cellists-- rather I see pictures and I take them. I’m interested in the image and that’s it.  You take pictures long enough and keep them long enough and, if you have any talent at all, in time you start going through them and you realize that there are things in the unconscious mind that are leading you to certain subjects.  Obviously being sedentary is one of those subjects.

AL: Can you say a little more about why you’re drawn to the notion of sitting?

It’s a universal thing.  Every culture has furniture whether it’s organic or high design.  We all sit.  We all have an ass and we all stick it somewhere. 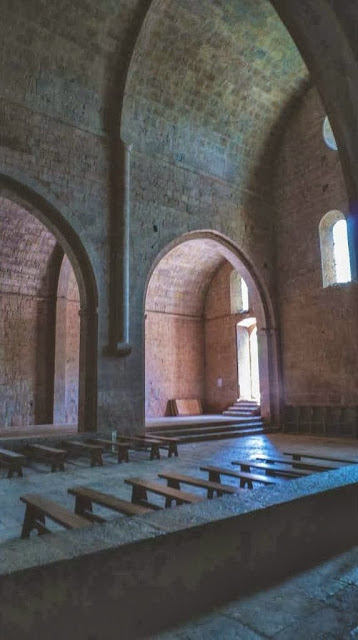 AL: In an earlier conversation you mentioned that you conceived of reading the book as a contemplative exercise.

HD:  I’ve taught two seminars under the rubric of art history at two different small colleges, and photography was a significant component of the area we studied.  To my mind these were exercises in building one’s capability for having a mindful approach to one’s life.

There is a discipline called mindful photography.  I’m not into that.  There are practical books on the subject and exercises you can do—and it’s not a question of that.  It’s a question of being able to walk around and see pictures.  It’s that simple.  And it’s not to make you a mindful photographer; it’s to get you into the practice of being mindful.  Of taking notice of what’s going on around you all the time.  People think their lives are dull and boring and humdrum.  There’s nothing more commonplace than sitting.  Oh, I’m sorry; I’ve got to make you wait for five minutes, sit over there.  Maybe there’s a picture in it. 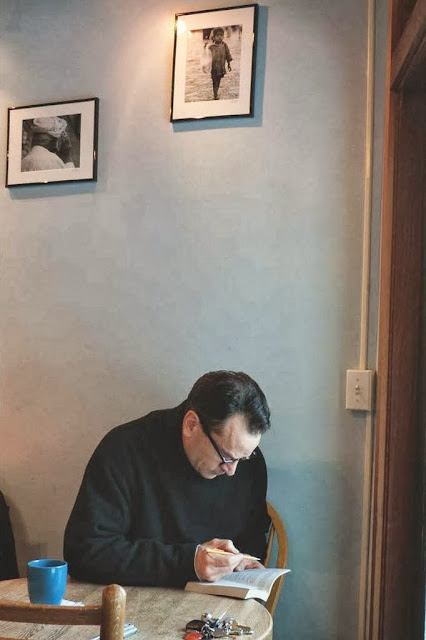 I don’t really expect that everyone looking through the book will believe each image is arresting, a master work. Some people will have favorites. Other people will have other favorites. But if there was anything guiding the choices here, and especially the order in which they appear it was that there be perhaps, and I hate to sound pompous, but an incantatory quality.

I wanted there to be a cumulative effect from looking at these, especially from the beginning to the end. Although it’s not all that calculated, there is a deliberate mix of pictures. Some are still lifes, no living subjects in them. There are others that fit the theme because they show people, real people, sitting. Either just that, or engaged in something, however passive or active.

The chronology of when they were taken had a little to do with it, but that may silently reflect a change in my perspective or a refinement of my style, assuming I have one. All in all, it’s very subtle probably, but some viewers have reported exactly what I hoped people would say was their reaction. 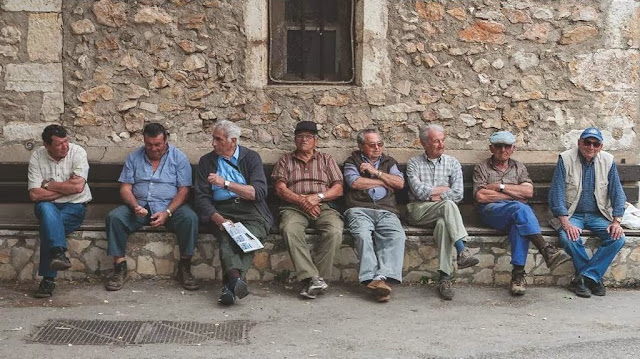 AL: From this conversation, I’m thinking that maybe photography has a lot in common with poetry.

HD:  Oh, absolutely.  I remember my literary criticism professor—he was a Van Doren, a very bright guy, with this way of saying things aphoristically, and he pointed out that all poetry is occasional.

My point--it’s not an original idea, and I’m not suggesting that I invented it--is that anything is an occasion.

Please come back to my blog tomorrow for part two of my interview with Howard Dinin.
art Howard Dinin photography