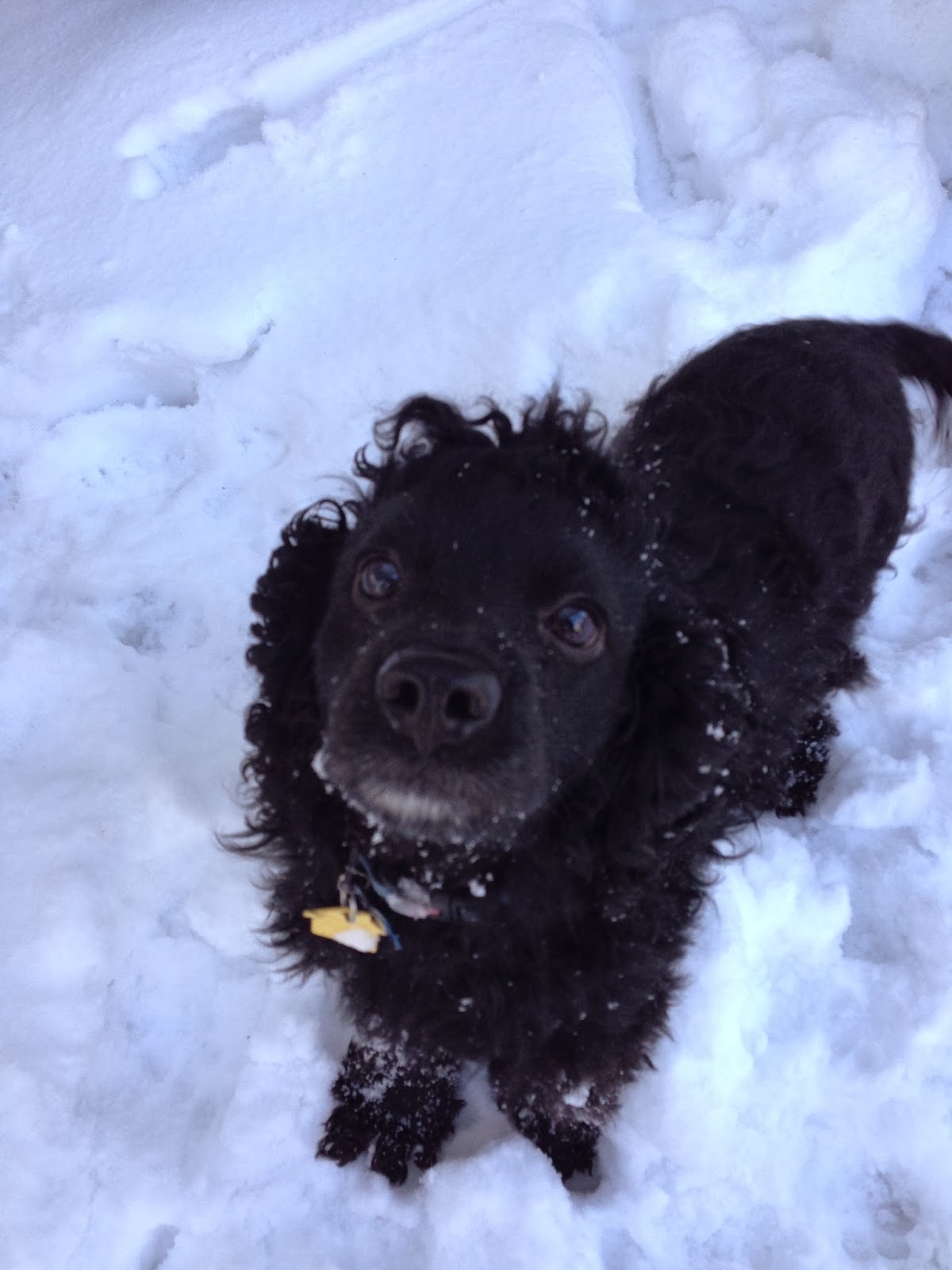 This winter has been a bit much, even for a snowstorm fan like me.  Only two things have made the high banks of snow worthwhile:

1) Days off from school (and even that is wearing thin)

2) Letting the dogs out into the snow, and watching them bounce joyfully, roll, romp, and chase each other.

Reuben, our elder statesdog, has been particularly puppylike lately.  Though he was skeptical when we adopted Nico the stray cockapoo, he has clearly begun to come around, and to enjoy a little backyard company. 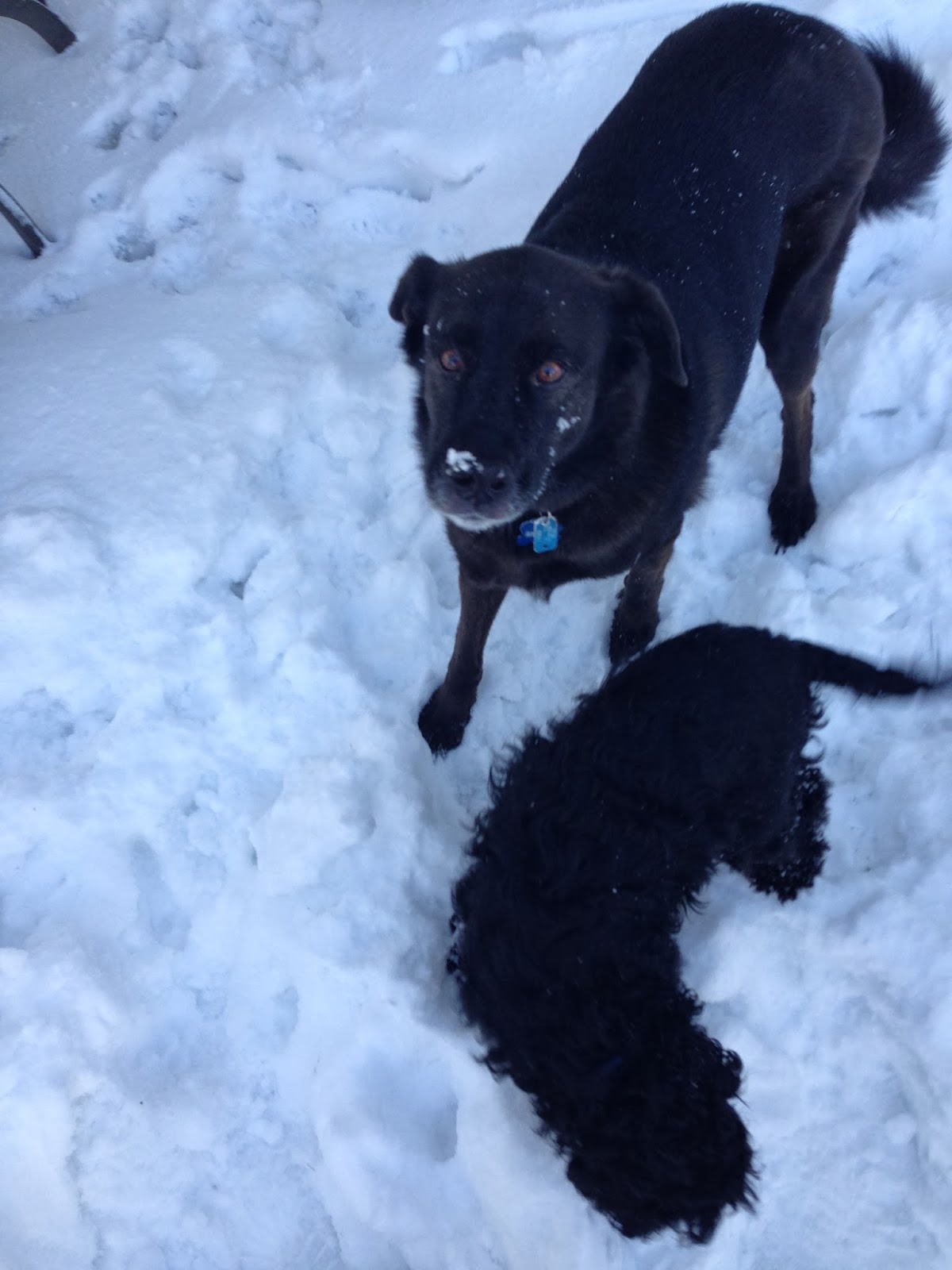 As for Nico, he's getting more civilized every day. He has learned to lie down beside us while we eat instead of doing his trick-circus-dog begging dance.  He splits his time and affection among his four humans, making sure we all adore him equally. And if he occasionally still finds ways to scale the garbage can and dig out a discarded sandwich...well, we're working on that.